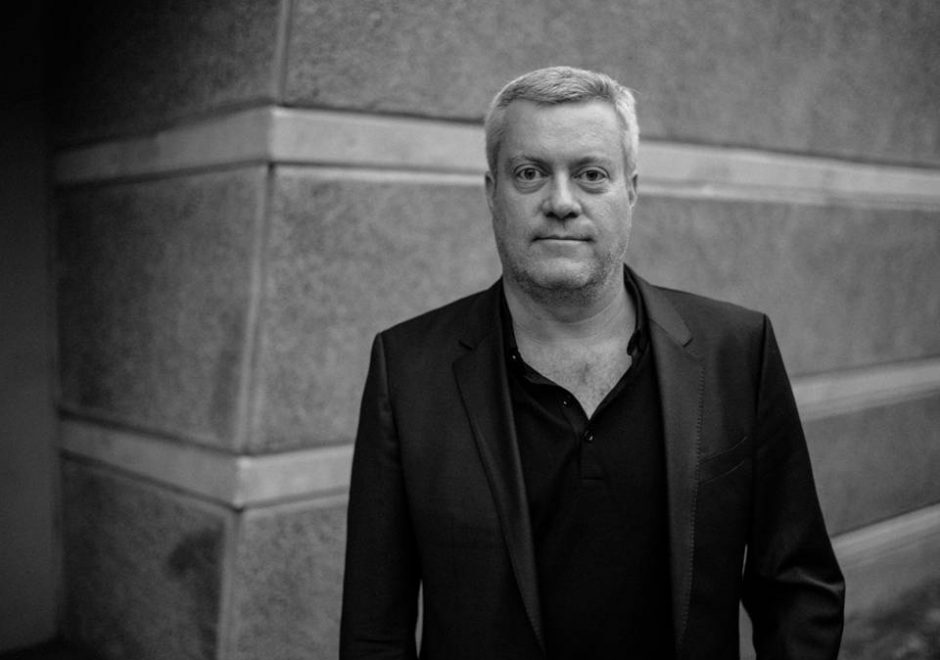 Crisis can become opportunities according to business speaker Porter Erisman

In one of his famous 1959 speeches. John F. Kennedy said: “When written in Chinese, the word ‘crisis’ is composed of two characters. One represents danger and one represents opportunity.”

In light of recent world events regarding COVID 19, President Kennedy’s wise reflections on how a crisis has the possibility to offer unique opportunities may now be more important than ever.

In the world of business, any kind of crisis is often regarded as:

However, history has proved that there are extreme threats and other political crises and can be a powerful driver in pushing for innovation and new ways of thinking.

One person who understands the difficulties posed by such global threats is Porter Erisman, former VP of Alibaba. He has had more experience than most in successfully turning around a crisis that had the potential to put his whole business empire in jeopardy.

For those of you who are currently experiencing the same kind of challenges in your business due to the coronavirus pandemic, it can seem difficult to navigate through the chaos – and not only survive but actively thrive during difficult times.

So, Let’s take a look at how businessman, author of ‘Alibaba’s world’ and business keynote speaker Porter dealt with a potentially crippling situation.

Read on to discover how he took the opportunity for a total re-invention of his business and used critical thinking outside the box to find opportunities within a crisis.

“Let’s take a look at how businessman, author of ‘Alibaba’s world’ and business keynote

How Porter found opportunity – in a crisis

During 2003 the SARS pandemic hit the world of commerce extremely hard. Many were quarantined at home, paralyzed by fear and panic as to what the future held for their businesses.

At the time, Porter was working in his role as Vice President of the Alibaba group when China was struck down by the SARS pandemic. An unparalleled situation where both he and 400 other colleagues were confined to their homes in quarantine.

It might have been easy to simply become despondent …drifting into an unknown future and allow the restrictions to take its toll on the business and its staff.

Porter describes how important taking care of your staff is during times of unrest.

“Many were quarantined at home, paralyzed by fear and panic as to

what the future held for their businesses.”

However, during a significant crisis and situation that may have knocked back many business chiefs, Porter and his team became more united and launched a brand-new business, Taobao.

Porter understood how to accept a new reality, move forward on tough decisions and most importantly keep his colleagues and staff safe at a time when many other businesses were crumbling.

future and allow the restrictions to take its toll on the business and its staff.”

Porter’s experience is an example to all business leaders

How to endure devastating circumstances and the important lessons which Porter and Alibaba discovered while navigating such a limiting business situation, is an example to all businesses and business leaders who are currently facing hardships today due to the Coronavirus pandemic.

Porter Erisman summarizes the key lessons that Alibaba, under the leadership of Jack Ma, took from the SARS pandemic. Those lessons can – and should – be applied by business owners nowadays with Coronavirus

So now we’ve seen how Porter took a disastrous situation and pulled through on a huge scale, let’s take a look into his background and find out what has made him one of our most influential and prominent key business influencers and speakers of his time. 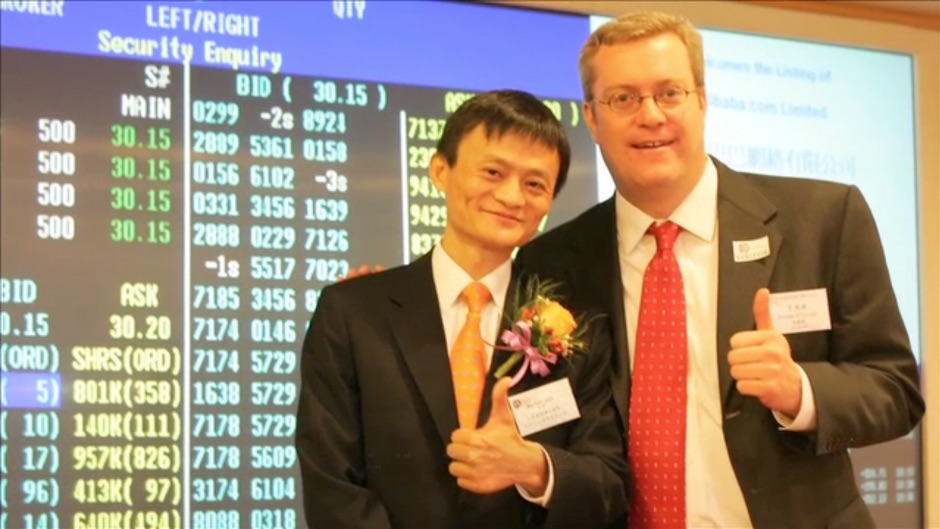 It went on to critical acclaim winning Best Documentary at the San Francisco United Film Festival and also won Best Film on Entrepreneurship at The Silicon Valley Awards.

So now you’ve seen why as a business speaker, Porter is the official influencer and how he’s managed to swap adversity for success, let’s take a look below at why during this current business crisis, it’s a great time to connect with Porter.

Can I still book Porter?

So it might be that you would love to book Porter to speak at your corporate event on crucial topics such as:

We invite you to book business speaker Porter Erisman for a video speech during confinement. Besides talking about the many opportunities that crisis can bring, Porter is a great entrepreneurship speaker to talk about the meteoric rise of Alibaba, from a small startup founded at an English teacher’s apartment, to one of the largest ecommerce companies in the world rivaling Amazon. Porter also talks about leadership, sharing the unique style of Jack Ma, the founder of Alibaba, that made him the richest man in China.

“book Porter for a video speech during confinement.”

Below is a short interview with Porter Erisman, who has graciously given us some of his limited time for our blog:

1.Keeping a team united during troubled times is not an easy task, as morale can quickly drop and spread faster the virus that we’re all facing these days. How did you manage to remain optimistic during the SARS pandemic in 2003? How important was Jack Ma’s leadership during those days and what lessons can other business leaders learn from him?

It was during the SARS crisis that I really learned what a leader Jack Ma is. While some managers might be paralyzed by fear or indecision in the face of a crisis, Jack was motivated by SARS and jumped straight to action. He rallied us all to see the crisis as a challenge that we needed to overcome as a team. And he appealed to our higher instincts by stressing the importance of keeping our websites running for the sake of all the customers and businesses that depended on us. He communicated regularly, rallied the troops and then brought us together to face the challenge.

2. Alibaba did extremely well during the last pandemic and managed to launch a very successful new business (Taobao) and partner up with the Chinese government to boost e-commerce in the country. What are the crucial steps to reinventing your business when faced with adversity?

We were lucky that our businesses were a natural fit for making it through the SARS crisis. E-commerce had been taking off gradually, but the SARS crisis accelerated the trend – much as you see Amazon adding staff and growing their reach during the coronavirus crisis today.

I think what Alibaba did well was recognize that the old adage is true – every crisis presents an opportunity. I don’t mean opportunities like hoarding face masks and price-gouging. But opportunities like using the situation to convince new people to try your service at a time they are open to new ideas to get on with their lives.

While our team was in SARS quarantine, we launched Taobao, which went on to become Alibaba’s consumer arm and the core revenue driver of the business. So rather than putting off plans, we accelerated those plans that could take off in the SARS era, and the rest is history.

3. You are the bestselling author of Six Billion Shoppers: The Companies Winning the Global E-Commerce Boom, a book which could be described as practical guide on how to profit from the e-commerce boom in emerging markets. As an expert on e-commerce yourself, how do you think the current coronavirus pandemic will change the world of e-commerce? Is this an opportunity for businesses to digitally transform and start serving customers online?

The coronavirus will do for e-commerce in emerging markets what SARS did for e-commerce in China. In a few years we will look back at this time as the key inflection point when e-commerce took off and went mainstream in markets ranging from India to Southeast Asia to Latin America.

I predict that e-commerce sales as a percent of total retail in these markets will jump from single digits in some of these markets into double digits and stay there even when the crisis subsides.

4. Not every business will be able to quickly adapt or reinvent their model, of course. But for those that can: What key areas are important when propelling your company to success during global difficulties?

First, keep your team safe. This is a lesson we learned the hard way when we attended a global trade fair and one of our colleagues came back with SARS, leading to our entire HQ being quarantined. Next, accept this new reality, stay calm, and creatively think of new way to emerge from the crisis even stronger than before. Not all businesses or business units can thrive in this time. But I also think the next wave of unicorn startups will be born during this era, when so much is changing and necessity sparks invention.

5. The story of Alibaba and Jack Ma is truly fascinating, and you’ve traveled the world speaking at some of the most important business conferences and events. Now that we cannot travel and events are shifting to webinars, you have been preparing a new talk focusing on the similarities between the coronavirus pandemic and the SARS pandemic that you lived when you were VP at Alibaba. Can you give a short preview of it for our clients who are considering booking you for a webinar?

Even before coronavirus, the Alibaba story was an inspiring one. Who would have thought that a schoolteacher with no business experience (Jack Ma) would start an e-commerce company from his apartment and grow it into one of the ten most valuable companies in the world?

But now, as we face the coronavirus crisis, the Alibaba story is even more relevant than before. During SARS, our entire HQ of 400 people was quarantined, and we were forced to run the company from home. Yet we kept operations growing and even launched our Taobao business unit that went on to challenge – and beat – eBay in China. So, one of the great lessons from the Alibaba story is that amidst this tragedy, some companies can survive and even thrive. It is a very hopeful story at a time when there seems to be not enough hope.

I also think that the trends I’ve been focusing on – the e-commerce boom in emerging markets – will become even more relevant as the economy becomes more digital now. It is even more important for business leaders to understand that the future of commerce in emerging markets is digital, because a newly upgraded and seamlessly digital economy will be one of the great legacies of this crisis.

If your Fortune 500 company, event organization business, university – or any other type of commerce is looking to break out of the current stagnant market or would benefit from crucial information in how to turn adversity into success during the current Coronavirus pandemic, why not get in touch with us and we’ll be happy to help booking Porter Erisman for a virtual speech or some other of our amazing speakers that will motivate your team. Ask us for a tailored proposal or tell us who is on your wish list and we’ll make it happen.