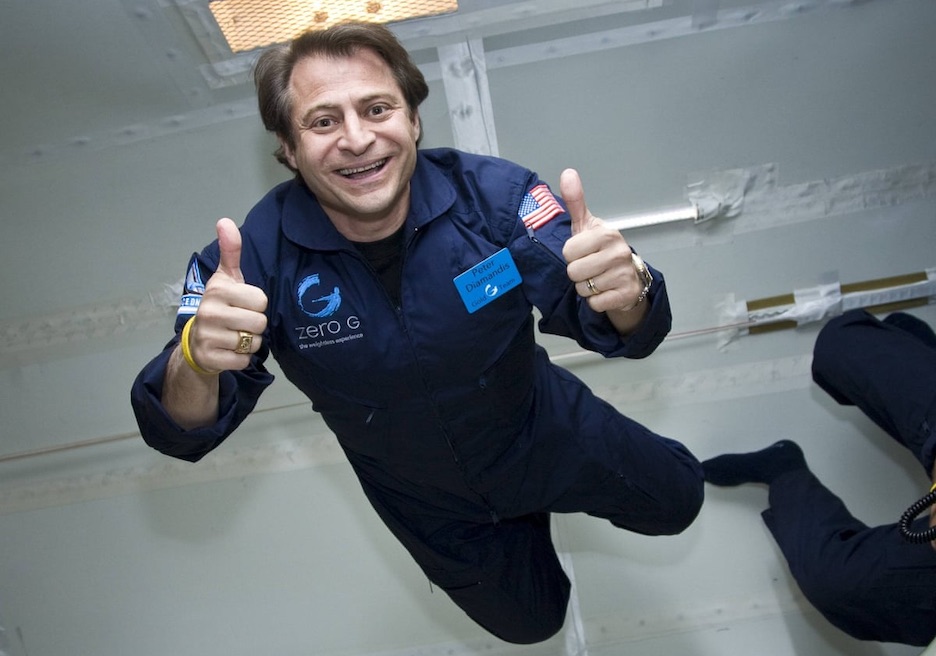 Technology: You can’t escape it – and most of us wouldn’t wish to! Technology is changing every facet of our lives, and understanding its full potential has never been more vital. So it’s little wonder that technology speakers are among the most requested of all professional keynote speakers.

At Aurum Speaker’s Bureau, we’re renowned for our selection of innovation and technology speakers. Nothing beats learning from the best, so we’ve sifted through our portfolio to pick out the cream of the crop. The result is this definitive list of the world’s 5 top technology keynote speakers.

We’ve profiled each speaker in turn, to help you choose the best for your audience. The speakers here can be booked as either guest or keynote speakers, according to your requirements. But, given their status, we believe they deserve top billing at any event!

There are few greater achievements than making it into the C-Suite at one of the world’s largest tech companies. Werner Vogels is Amazon’s CTO, and he heads our list of the top technology keynote speakers.

Dr Vogels originally studied radiology in his native country, the Netherlands. After a six-year spell working in oncology, he returned to university. This time around, he turned his focus to computer science.

Throughout the 90’s and early 00’s, Vogels worked with several tech companies and start-ups. He also spent a decade at the Ivy League Cornell University, working as a research scientist within the Computer Science department.

But it’s his role at Amazon that puts Werner Vogels first on our list of the world’s top technology speakers. As Chief Technology Officer, Vogels has led much of the innovation that’s taken the tech and ecommerce giant to the top of the tree. Perhaps most notably, he’s been instrumental in making Amazon Web Services (AWS) one of the leading players in cloud computing.

Greek-American entrepreneur, multi-millionaire, and innovator Peter Diamandis is a leading force for positive change. He also happens to be one of the top technology keynote speakers in the world!

Diamandis is perhaps best known as the founder of the XPRIZE Foundation. The foundation offers vast financial rewards to inventors or teams that develop innovative solutions to the great challenges facing humanity. Some of the XPRIZE Foundation’s main prizes will one day reward the creation of carbon capture technology, AI development, and an effective Covid-19 treatment.

Diamandis is also a best-selling author. Abundance made it to the #2 spot in the New York Times bestseller list. The book challenges the pessimistic view that the great problems of our time can’t be overcome. Meanwhile, the follow-up, BOLD, is a best-selling exploration of how financial success and positive tech developments can go hand in hand. Most recently, Peter published The Future is Faster Than You Think (2020), which became an instant bestseller even in the middle of the pandemic.

If you’ve ever watched the Emmy-nominated series Brain Games, then Jason Silva will be familiar to you. As host of the National Geographic Channel’s most-viewed original series, Silva has made it onto TV screens in 100+ countries around the globe. The series turned Jason into a global celebrity.

Jason Silva also connects with a Millennial/Gen Z audience who ‘don’t do TV’. His (ever-so-slightly zany) YouTube channel – Jason Silva: Shots of Awe – boasts almost half-a-million subscribers and his videos have over 10 million views. Celebrities like Richard Branson, Leo DiCaprio or Mark Ruffalo and even organizations like NASA have tweeted Jason’s videos.

Silva is famous for his fascination with technology, creativity and the science of awe. As one of the world’s top technology keynote speakers, he’s headlined major events for companies including Microsoft, Intel, and Adobe. His varied (and always fascinating) talks encompass futurism, AI, biotech, human consciousness, and more.

Silva has a knack for attracting and connecting with audiences of all ages. His talks are an explosive blend of positivity and creative thinking. If you’re seeking a professional speaker with genuine celebrity credentials, then Jason Silva is the man for you!

Dr Ayesha Khanna is one of the world’s top AI speakers, with expertise in data analysis, smart cities, and fintech. Her professional career began on Wall Street, where she developed systems to support trading, data analysis, and risk management.

After a decade focused on the fintech sphere, Dr Khanna founded ADDO AI, which serves a global clientele of businesses looking to exploit big data and AI. Her clients are impressive: from Singapore’s largest telco, to Pakistan’s largest bank, and even public institutions like Singapore’s largest public transportation company have put their trust in Ayesha’s hands. Dr Khanna remains at the helm as CEO, while also acting as an AI and tech advisor to a range of national governments and businesses.

In addition to her business activities, Dr Khanna is a respected philanthropist and published author. Her flagship initiative – 21C GIRLS – provides lessons in AI and coding to girls in Singapore. Dr Khanna also supports various start-ups – both as an advisor, and through ADDO AI’s role as an AI incubator.

Sebastian Thrun is a German-born computer scientist, tech pioneer, and entrepreneur. Thrun is best known as the founder of Google X – today simply known as ‘X’. This R&D wing of the tech giant maintains semi-secretive labs where a range of hyper-ambitious projects – known as moonshots – are conducted.

X exists at the boundary between science and science fiction. It’s here that Google’s most innovative thinkers are pushing the envelope and expanding technology in weird and wonderful directions. Thrun personally set the pace in the development of autonomous vehicles – even earning the nickname the ‘godfather’ of the self-driving car. In this fascinating TED talk, speaker Sebastian Thrun explains why he wanted to create an autonomous car:

Other Google X tech innovations include Google Glass, and the AI project Google Brain. Sebastian is also widely regarded as one of the top AI experts in the world.

Besides X, Sebastian Thrun is also known for being the co-founder and CEO of Udacity, the “university of Silicon Valley”. Udacity delivers self-paced online courses internationally, and has a global user base with over 10-million members. The online university’s core focus is tech and computer science, with an emphasis on vocational education.

Nowadays, Sebastian is working on yet another personal moonshot: free the world from traffic. To achieve that, Sebastian partnered up with Google’s co-founder Larry Page to create Kitty Hawk Corporation, where Sebastian currently serves as its CEO. Kitty Hawk is an ultra-lightweight aircraft manufacturer with the goal of building aircrafts that are easier to fly than to ride a bicycle.

Thrun is also deeply involved in education and academia. Until 2007, he was a fully tenured Stanford University professor, and he remains an adjunct professor to this day.

As a leading tech pioneer and entrepreneur, we confidently rank Thrun among the world’s top tech speakers. Learn more about Sebastian Thrun.

Our list is complete! We’ve introduced you to 5 of the top tech and innovation speakers in the world. But we’ve only scratched the surface! At Aurum Speakers Bureau, we represent a diverse portfolio of leading speakers, with specialists available in almost every imaginable sector.

Why not explore our full portfolio of tech speakers, innovation speakers, or contact us for help choosing the perfect speaker for your unique event?