Jay Shetty is available for virtual keynotes and webinars. Please complete the form or contact one of our agents to inquire about the fees for virtual engagements. Please note: the fee range listed above is for in-person engagements. 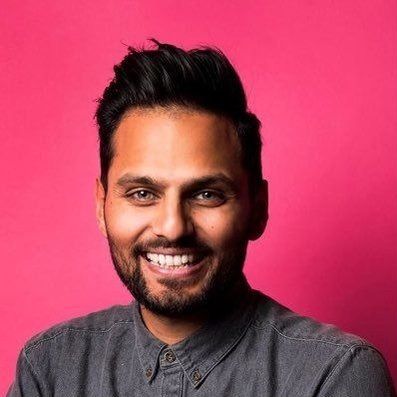 Want to book Jay Shetty for your event? Please provide the info below and we’ll get in touch within 24h:

Jay Shetty is available for virtual keynotes and webinars. Please complete the form or contact one of our agents to inquire about the fees for virtual engagements. Please note: the fee range listed above is for in-person engagements.

BOOK Jay Shetty AS A SPEAKER

Many successful careers start with high academic achievement. Precious few take a years-long detour into an ashram. Motivational speaker Jay Shetty’s experiences as a Vedic monk gave him a unique perspective that guides his career as a digital strategist. For events concerned with personal development in an age of digital transformation, Shetty is an ideal keynote speaker.

Digital strategist, social media icon, and former monk, motivational speaker Jay Shetty has helped millions live with greater purpose. Shetty distilled his message in the 2020 bestselling book Think Like a Monk. In it, and in also his many engagements as a keynote speaker, Jay Shetty offers equal measure of insight and inspiration.

The road to worldly success was not always clear. When Shetty earned a first-class honors degree from London’s prestigious Cass Business School, job offers poured in. Shetty had different ideas for his career, though, and lived for three years in India as a Vedic monk. By declining a traditional start to his career, Shetty had laid the groundwork for a remarkable and celebrated life.

Returning to London, Shetty began sharing his perspective with some of the world’s largest corporations, including EY and Nasdaq. Encouraged by his initial success, he then mastered the tools and techniques necessary to spread knowledge in the digital age. He helped Accenture build its digital division and became the firm’s leading social media influencer. Shetty became a sought-after executive coach, advising more than 150 business leaders on their personal branding efforts.

Facebook provided an ideal forum for Shetty’s community-oriented message, and his page exploded in popularity after its 2016 launch. The Huffington Post took notice and invited Shetty to develop video content for its platform. His daily HuffPost show, #FollowTheReader, features interviews with thought leaders from all corners. Shetty’s videos typically earn upwards of 100 million views within a week of their release.

Think Like A Monk: Train Your Mind for Peace and Purpose Every Day

Inspired by Jay’s #1 New York Times Bestselling book by the same name, this talk distills the timeless wisdom that Jay learned as a monk into practical, daily steps anyone can take to live a happier, more meaningful life. This session reveals how to overcome negative thoughts and habits to access the calm and purpose that lie within all of us. Jay transforms the abstract lessons into simple advice and exercises we can all apply to reduce stress, sharpen focus, improve relationships, identify our hidden abilities, increase self-discipline, and give the gifts we find in ourselves to the world. Jay proves that everyone can—and should—think like a monk.

How to Find Your Purpose in The Workplace (Speech or Workshop)

One of the top challenges for executives is raising employee engagement, and for good reason. Engagement is on the decline across the world, and that spells trouble for business leaders everywhere. Today, employees are genuinely searching for meaning, purpose and fulfillment in the workplace. When each person deeply understands how they fit into the bigger picture they become more motivated to align with the company’s goals.

With an emphasis on work-life integration, Jay understands that a separation of the two can create more stress, inevitably trickling into personal interactions. Jay guides participants into personal awareness and an understanding of their responsibility to co-create a meaningful trajectory. This highly interactive session may include practical exercises.

Why Connected Thinkers Will Rule the Future

We’ve lived in times ruled by lawyers, doctors and bankers. We’ve moved onto a time ruled by coders, engineers, analysts and mathematicians for the Internet. The challenge that faces individuals today is to be a connected thinker. People who can bring together mindfulness, with modern psychology, trending technology and use it for social impact will see limitless possibility where others do not. Steve Jobs made calligraphy relevant to computers. Mark Zuckerberg visited an ashram in India so that he could reinforce the importance of what he and his company was trying to do. They see what others can’t see. They perceive the invisible connections. Because it’s what you don’t see that makes what you see today possible.

The best innovators expose themselves to a broad set of human experiences; experiences that literally kick-start the creative process. The key to thinking differently is perceiving things differently. To perceive things differently, you must be exposed to divergent ideas, places and people. This forces your brain to make connections it otherwise might miss.

This session reveals how we can tap into our creativity and innovation through behavioral science to create more powerful futures . Jay will share case studies, stories and exercises that enable session participants to learn more about themselves and how to begin the creative process.

Resilience: The Art of Growing When You Want to Give Up

In this talk, Jay reveals that the most important muscles we can develop are those of resilience and learning to use pain for positive growth. You’ll learn what it means to build resilience and how we can build a stronger legacy on the foundation of struggle. Jay will share practical steps and encouraging insight on how hard times bring strength and beauty. By living into our own core values, practicing gratitude, creating TIME every day to reflect and develop our own behaviors in an environment where change is the only constant and levels of uncertainty the highest it’s been in generations, we can adapt, thrive, change and use moments that seem terrifying to build resilience and not give up.

The Millennial and Gen Z Mind

Millennials may be the most studied generation in history. Considering they will make up 75% of the workforce by 2025, it comes as no surprise. The challenge lies in knowing how to recruit, retain and reward this new era as they puzzle their parents as much as their bosses. In this insightful presentation, a millennial himself dissects the mind of his generation and Gen Z to inspire you about the possibilities and opportunities they can bring. Takeaways include:

Digital Innovation – Preparing Your Mindset for the Future

What got us here, won’t get us there. More and more people are worried about robots taking their jobs, the rise of artificial intelligence and machine learning pose real threats to our careers and companies. How can companies redefine their mindset for the new world? What skills need to be prioritized, enhanced and focused on and what we could let go of? Jay believes the solutions for the future are sitting inside your company right now but often they’re not being asked the right questions. This sessions unlocks that potential.

How to book Jay Shetty as a keynote speaker?

Aurum Speakers Bureau can help you book Jay Shetty as a speaker for your next event, conference, or board meeting. Simply fill out our contact form to inquire about Jay Shetty's availability for a speaking engagement. One of our booking agents will respond to your request immediately and contact the speaker to let them know you want to hire them. We will assist you with obtaining speaking fees, booking information, and confirming availability for Jay Shetty or any other top keynote speaker or celebrity of your choice.

How much is Jay Shetty speaking fee?

Jay Shetty speaking fees are determined by several factors, including the event's date, whether it's a virtual or in-person event, the duration, format, preparation required for their speech, and more. The same applies to the cost to hire any other top expert speakers and celebrities. The Speaker Fee Range listed on our website is simply a guideline and is subject to change without notice. If you would like to hire Jay Shetty to deliver a keynote speech for your event, please fill out the contact form or email us at info@aurumbureau.com with as much detail as possible. One of our experienced agents will get in touch with you and let you know exactly how much it will cost to book Jay Shetty.

We only work with Jay Shetty on paid speaking engagements. Aurum Speakers Bureau can assist you in booking Jay Shetty and will handle all negotiations, contracts, and logistics associated with having Jay Shetty speak at your event. We will be your sole point of contact throughout the process. Get in touch with Aurum Speakers Bureau today, and we will reach out to any motivational speaker or celebrity you want to enquire about speaking at your event. If you wish to contact Jay Shetty for any other reason, we will be unable to assist you as we are not authorized to provide personal contact information. 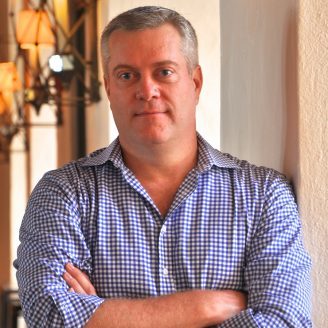 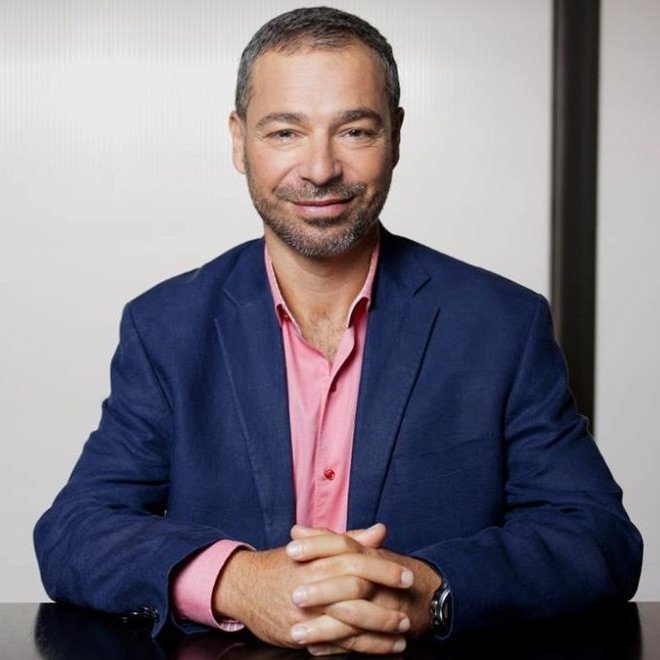 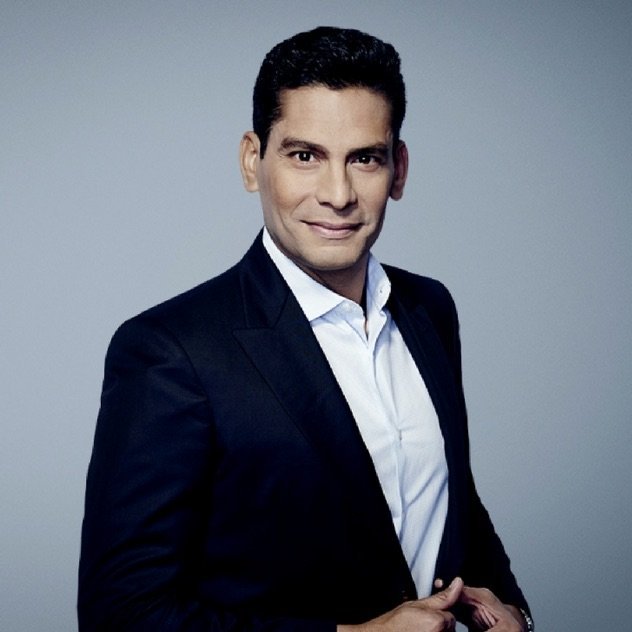 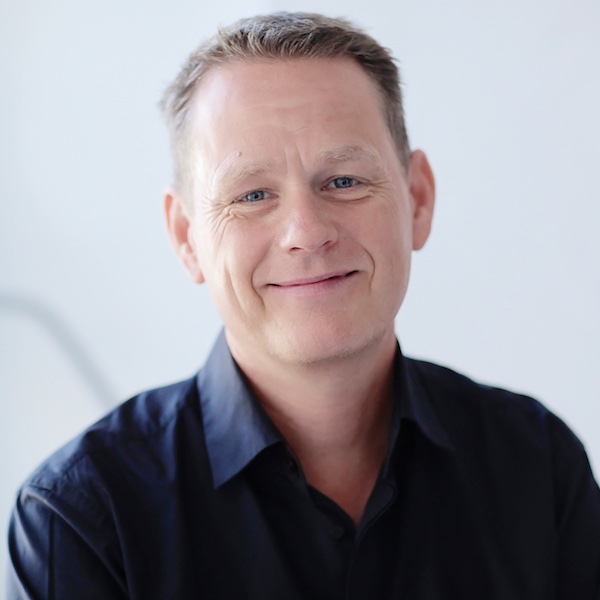